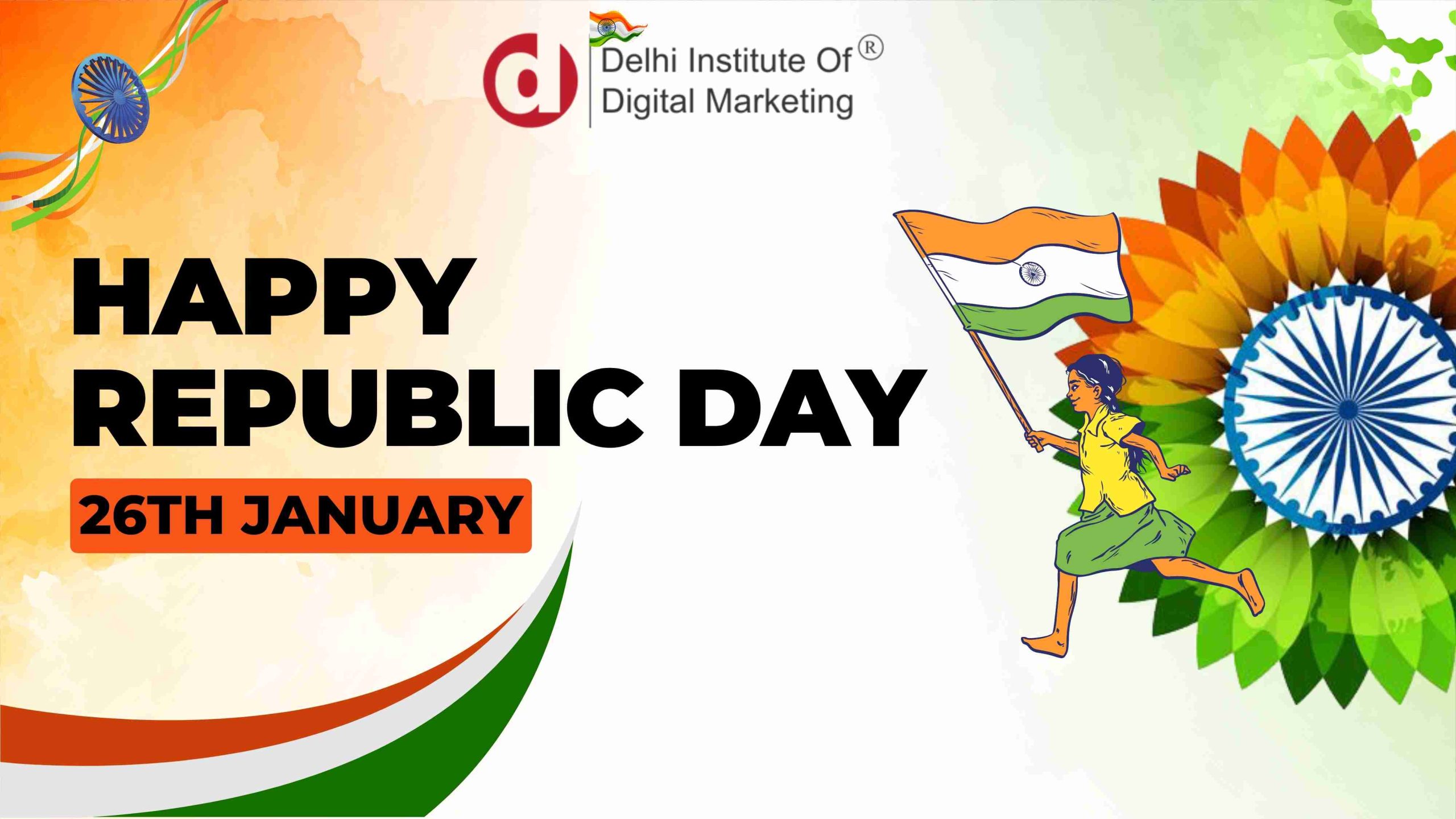 Republic Day is a special day for India, representing the adoption of the Constitution of India. It is a time for reflection and gratitude for our nation’s unique spirit of unity and its commitment to democracy. India’s Republic Day 2023 marks 74 years of unity, further strengthening the bond between its people and the nation. Through the celebration of Republic Day, the nation pays homage to the spirit of democracy and its unity.

India is a land of diversity, and Republic Day is a time to celebrate that diversity and come together as a nation. On January 26 2023, India marks its 74th Republic Day with a parade in New Delhi. The parade celebrates the day in 1950 when India became a republic, replacing the British Raj with an Indian government.

Republic Day is a national holiday, and there are many events and activities taking place throughout the country to mark the day. The parade in New Delhi is the highlight of the celebration, and it features military units, floats, and displays from all over India. There are also cultural performances, including traditional dances and music.

This year’s Republic Day is especially significant because this year, our respected prime minister has invited the president of Egypt ‘Mr Abdel Fattah Al-Sisi’, details of which we will provide you in one of the sections below.

Happy Republic Day, dear reader! Today marks the 74th anniversary of India’s Republic Day. On this day in 1950, the Constitution of India was adopted, establishing India as a republic. The history of Republic Day is interesting and can be traced back to the 1950s and 60s when some prominent leaders like Pandit Jawaharlal Nehru, Sardar Patel, and Dr Bhim Rao Ambedkar worked hard to make India a sovereign country by adopting a constitution that recognizes equality among all citizens irrespective of religion or caste. These leaders worked tirelessly in trying to ensure that India becomes a complete democracy where each individual can have access to equal opportunities and rights.

Since then, Republic Day has been celebrated annually with parades, fairs and other festivities. This year, representatives from all of India’s states will join together in New Delhi to celebrate. The parade will feature floats and displays from all corners of the country, showcasing India’s rich culture and history.

This is a momentous day for all Indians, and we hope you’ll join us in celebrating our great nation!

Republic Day is a day that commemorates the date on which the Constitution of India came into force. The significance of this day lies not only in its celebration but also in its meaning and importance for all Indians. It is a day where all Indians come together to pay homage to their freedom fighters, who struggled for years to achieve independence from British rule. January 26, 1950, it’s a day when the nation celebrated its democracy for the first time and paid tribute to all those who have fought for India’s independence.

This year, India celebrates its 74th Republic Day. Every 26th of January since 1950, India has come together to commemorate the day when the Constitution of India came into force, making it a republic.

In Delhi’s Raj path, the republic day parade is a major event, with contingents from all states and military forces taking part. This year’s parade will be special, as it will commemorate the 150th birth anniversary of Mahatma Gandhi.

The parade will also feature floats and tableaux from different states and sectors, showcasing India’s culture and diversity. The floats will include traditional dance performances, as well as modern innovations and achievements.

The Changing Face of Republic Day: Adapting to the Times

The 74th Republic Day of India this year has come with a bang – from the grand military parade, to the various cultural performances, to the newly-created digital platform, one thing is clear – the face of the Republic Day celebrations is changing. In recent years, the traditional parade has been replaced by a digital platform, allowing people from around the world to join in the festivities. The country is celebrating its birthday under the leadership of Prime Minister Narendra Modi and the theme this year is “Nari Shakti or Women power”. The celebrations have been marked by several activities.

Every year, Indian embassies across the world come together to commemorate India’s Republic Day in grand feasts and celebrations. The event itself typically involves Indian national flags being hoisted, cultural performances, parades and the singing of the national anthem.

Not only is this a great opportunity to unite people of Indian origin living abroad, but it also serves as a way to strengthen India’s ties with other countries around the world. Given the current global political climate, it’s reassuring to know that India is still actively displaying its autonomy and progress as a nation.

From New York City in the United States to Seoul in South Korea, viewers can get a first-hand look at how other cultures celebrate Republic Day – an incredible display of international solidarity for one of India’s most important holidays.

Moving Forward: Towards an Inclusive India

On this Republic Day, let us pledge to stay united and work together towards an inclusive India. We need to be aware of our privileges, stand up for those who are marginalized by society, and fight against all kinds of injustice in every form. We need to foster a sense of respect and appreciation for diversity amongst all communities. And as we look towards the future of our country, we should remember that progress is only possible if it benefits everyone.

It’s important for us to recognize that India is a safe space for everyone, including religious minorities and women. We need to help create an environment where we are all equal regardless of our differences. Only then can we truly build a strong and vibrant nation that is united in spirit, hearts and minds.

There is no doubt that this year’s Republic Day will be unlike any other.

We Indians are going to be filled with immense pride this year on Republic Day because something special will be happening that will make us feel incredibly proud of our country.

In keeping with our country’s focus on ‘Made In India’ stuff since the BJP government took over, you will see all weapons in the republic day parade that are exclusively made in India this year.

According to Indian Army spokespersons, this has been proclaimed.

This year’s Republic Day is sure to be a special one!

In our opinion, this gesture by the Indian army will show all Indian citizens the importance of using domestically manufactured goods and the significance of this to the development of the country’s economy.

India will be showcasing its latest and greatest homegrown weapons, ranging from small arms to tanks and missiles.

It will be a powerful demonstration of the country’s growing military and industrial strength.

This is a great opportunity to show the world that India can produce high-quality weapons that rival those of other major powers.

It is also a chance to show the people of India how far the country has come in terms of technological development and military prowess.

Seeing these weapons in action on Republic Day is sure to be an inspiring and memorable experience for all us Indians.

This year, among the ‘Made in India’ weapon systems to be showcased in the Republic Day parade are Akash air defence missiles, the K-9 Vajra howitzer, the MBT Arjun, the BrahMos supersonic cruise missile, Nag anti-tank guided missiles, and the Quick Reaction Fighting Vehicles.

This year, our republic day celebrations will be extra special as there is one more thing that is happening for the very first time on the occassion of Republic Day this year.

And that is, for the very first time, the President of the Arab Republic of Egypt will be a part of our republic day celebrations. He will be joining us as the guest of honor.

This is the first time the President of Egypt has been invited to participate in this important national occasion, and we are honored to host him.

The President’s presence is a testimony to the strong relationship between our two countries and a commitment to working together for a better future.

We believe that our country’s top leaders will look forward to engaging in meaningful conversations with the President and learning from his experience as the country leader.

The presence of ‘Mr Abdel Fattah Al-Sisi’ is sure to make our republic day celebrations truly unforgettable!

A personal invitation has been extended by our respected Prime Minister, Sri Narendra Modi Ji to ‘Mr. Abdel Fattah Al-Sisi’ to participate in our republic day celebrations.

Through the invitation given by our minister of external affairs, Dr. Subrahmanyam Jaishankar, he has invited him.

The 74th Republic Day is a great opportunity to celebrate India’s legacy, its culture, and its contributions to the world. There are several ways to celebrate, from participating in local parades and performances to joining in conversations with friends and family. Here are a few tips to help you make the most of this special day:

Join events in your local community or find virtual events online. If you’re feeling especially creative, put together your own celebration with family or friends.

Wear the colors of India’s flag— Saffron, White and Green—to commemorate the day and show your solidarity with fellow Indians across the world.

Tune into live performances online or watch patriotic films or documentaries about India’s history. You can also read up on India’s constitution or try some traditional Indian cuisine.

India celebrates its 74th Republic Day with a sense of pride and patriotism. On this day, the nation is united in its commitment to democracy and its diversity.

The parade will also feature military hardware and a flypast by the Indian Air Force. The day will end with a spectacular display of fireworks. India is a vibrant democracy, and the Republic Day parade is a celebration of its unity and diversity.

To all the Indian citizens, the team of DIDM salute its heroes for their immense contribution to this great nation. We congratulate everyone on Republic Day India’s 74th birthday!