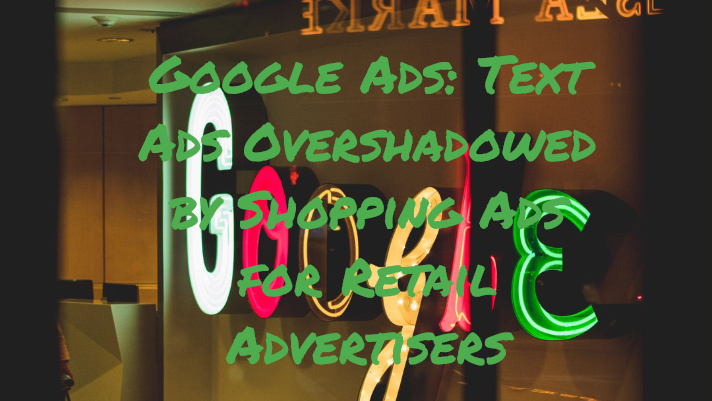 According to the latest two reports on fourth-quarter search spending trends, there is no sign of Shopping ads going down.

The Things Which Got Disclosed About Google Ads

A company namely Marin Software which averages performance data across customers by the use of its campaign management platform, according to its report between the month of January and December 2018 monthly e-commerce spend to increase by five times.

According to the report of performance agency Merkle since mid-2016, there has been the highest rate of growth on spending on Google Shopping ads. There is an increase of about 42 percent year over year in the fourth quarter related to its customer base which includes a large retailer.

There was also an all-time high of 63 percent on the shopping click share of Google search ad clicks which are used by the retailers.

Compared to the previous year, there has been a decline of 9 percent in the text ad spending.

There was a drastic increase in the mobile phone impressions for Google Shopping ads which have increased up to 107 percent in the fourth quarter of the 2018 year over year.

Why It is Important to Know Google Shopping Ads Growth?

The senior vice president of Marketing Wesley Maclaggan at Marin Software was quoted saying that,” eCommerce is growing as an advertising channel and as a result, we’re seeing the industry shift more spend toward lower-funnel ad formats, such as Google Shopping Ads and Dynamic Product Ads on Facebook, that allow brands to capture consumers’ attention at the most critical points in the purchase journey”.

The brands and products which are sponsored by Amazon are in that lower-funnel and they cope with the sellers on the provided platforms as well.

When talked about Google platforms, there is no sign of things slowing down for growth seen in shopping ads and the decrease in that of text ads. As competition is on the growth as well it will lead to further increase in Google Shopping ads and thus it becomes more critical for advertisers and it will be more ensured that optimizing their product feeds, bids and budgets and thus maintaining profitable campaigns. Retailers now definitely need to pay extra attention to optimizing their site experiences for mobile as there is a huge growth of mobile shopping impressions.

Also, Read: Initiative to make AMP stories Google Images and Video search better by the Help of AI is Googles Next Move