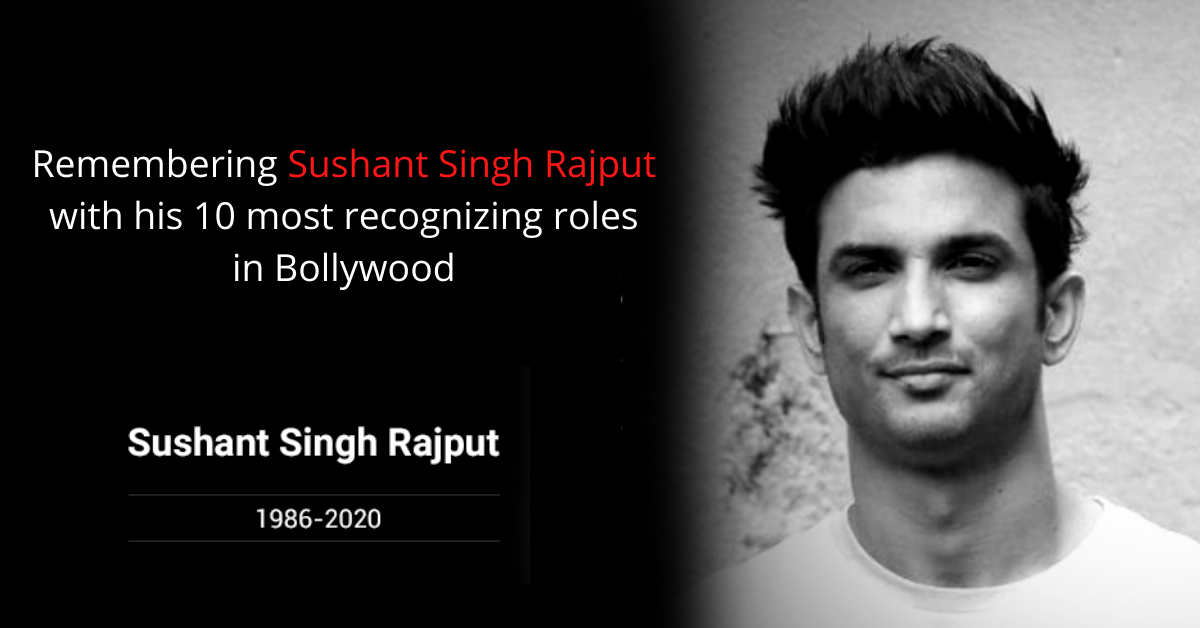 Sushant Singh Rajput, who has won millions of hearts with his iconic role as a Dhoni in The MS Dhoni: The Untold Story has recently passed away. As per the media reports, Bollywood’s youngest actor committed suicide at his Bandra residence that resulted in the whole nation to a saddened moment.

From Bollywood Celebrities to his huge numbers of fans are posting heartfelt messages on social media.

On his shocking demise, the DIDM is remembering his 10 most recognizing roles in Bollywood!

The actor who just recently got died at the age of 34 was entered the Bollywood with Kai Po Che. The role he essayed in the film as a Ishaan made everyone speechless. As a Ishaan a strongly motivated cricketer who later finds himself in the backdrop of the Gujarat earthquake and Godhra Riots.

A big thanks to the show Pavitra Rishta who introduced the actor like Sushant Singh Rajput to the whole nation. Before marking his Bollywood debut, he was shown in Pavitra Rishta as a Manav. And believe us, he had become the crush of every next girl in the overnight.

The next role he will be remembered in B-Town was a Tour Guide Raghu in Shudh Desi Romance. Another milestone he achieved with this role was a huge fan following on social media.

Most of you will be agreed that the list will be incomplete if we didn’t remember him for PK. A Portrayal of Sarfaraz who belongs to Pakistan in the film has added a great worth in the film’s story.

Sushant Singh Rajput has shown his acting skills in Byomkesh Bakshy which was a huge round of applause in the Indian Cinema.

I think there’s no better actor than the Sushant Singh Rajput for playing the character of MS Dhoni in the recent biopic. He has taught the whole world on motivation and achieving dreams with this film.

Chhichhore, another motivation to the teenagers, Sushant Singh Rajput brought with the help of the character he played in the film. The story moves around a sport-loving hostel boy who falls in the love got married to an attractive girl which ended to a divorce and later becoming a single father to motivating his teenage son.

Sushant Singh Rajput Rajput played Mansoor in Kedarnath who falls in the love with local priest’s daughter played by Sara Ali Khan. The story was set in the backdrop of the flood that occurred a few years back in the state.

In the Raabta, he plays the role of a Shiv which was another hit in the B-Town. No doubt, the actor was surprising on the big screen.

Yet, last but not least, he was a bandit in Sonchiriya. As compared to all his past films, he played a completely different role in Sonchiriya.

However, the whole nation is waiting to see the real reason behind his death as the actor has a huge fan following. His work has made him won nine awards in the recognition of performances he dropped in each role. The year 2020 will never be forgotten for this loss.