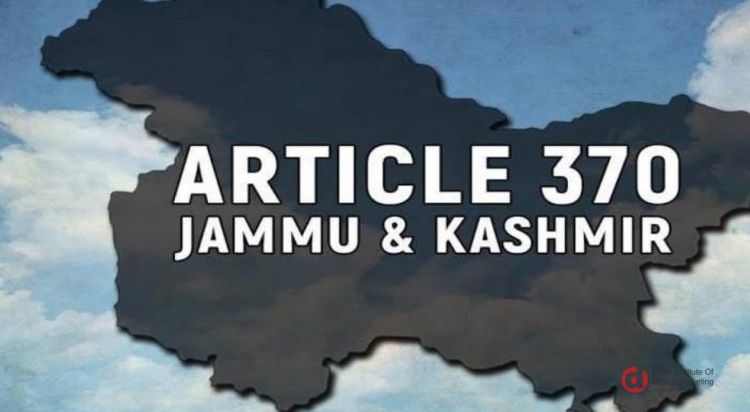 On Monday 5th August, the centre took a historic decision of scrapping Article 370 of the constitution which used to grant special status to Jammu and Kashmir, it came along with an order which said: “it shall come into force at once.” Today the centre introduced the Jammu and Kashmir reorganization bill in parliament.

Whole Rajya Sabha and the country was moved when Union Home Minister Amit Shah earlier today announced about government deciding to reformat the Article 370. Shah also said during his announcement that Union has decided to divide the state into two Union territories i.e. Jammu and Kashmir, which will have a legislature of their own, and Ladakh, which won’t have the legislation of their own.

The Article 370 stated that except for matters which were related to defence, foreign affairs, communications and issues specified in the instrument of Accession of Jammu and Kashmir, Parliament needs the state government intervention for all other laws. Thus far residents of Jammu and Kashmir lived under all a separate set of laws which included to their citizenship, ownership of property and fundamental rights.

DIDM Welcomes the Decision Taken by the Indian Government

DIDM welcomes and congratulate all the Indians for the abolition of Article 370 from the constitution, and wishes good to Jammu and Kashmir, and Ladakh for becoming the new Union territories of India.

From Now on, Kashmir to Kanyakumari  India is one.

Read Digital Marketing Stats I bet You Did not Know