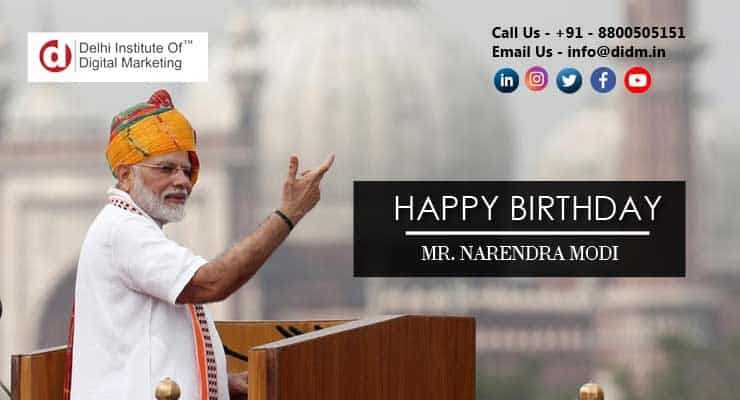 On the occasion of 69th birthday of Prime Minister Narendra Modi, we are sharing his
an inspiring journey from childhood till date.

Interesting story of how Narendra Modi Learnt to Speak Hindi

Narendra Modi was born on 17th September 1950 in a lower-middle-class family in Mehsana
district Gujarat. His family which consists of 8 members lived in a small house which was
40X12 feet. As a little boy, he would go out with his father Damodardas to open the tea stall
which was at the railway station in Gujarat; clean up everything and then go to school.

At the end of the day, he would rush back to the tea stall to help his father. But this was not
the only reason for which he came to the tea stall. It was because he would meet new
people from all over India. He enjoyed listening to their stories while serving tea. This is how
he learned to speak Hindi.

Since childhood, he used to believe that God created everyone alike and
you make your destiny. Therefore, if he is ever asked of his struggles in life his answer is
‘NONE.’ He says “ I came from nothing, knew no luxury and hadn’t seen a better life. So in
my small world, I was happy.”

Since childhood, he liked to wander in the Himalayas. From days to months, he used to
disappear from his family just to be in isolated places.

At the age of 8, he attended the RSS meeting. He along with his friends had set up a food
stall to help the flood victims in Gujarat when he was just 9. At the age of 13, he was
married to Jashodaben. But the marriage did not last long as he separated from his wife and
practiced Sannyasa by wandering in the Himalayas.

He graduated from Delhi University and did his Masters from Gujarat University.

Narendra Modi joined RSS after the India-Pakistan War in the year 1971. He was deputed as
the BJP’s Gujarat unit in the year 1987-88 as an organizing secretary. Slowly, he took control
over BPJ and his key role was seen in the year 1990 when Advani took out his Rath Yatra.
From Chief Minister of Gujarat, he was sworn in as the Prime Minister of India on 26th of
May 2014 and the rest is history.

NAMO – India’s Biggest Digital Influencer whose gesture and signature style is enough to
let people know of what a BRAND INFLUENCER he is to the entire nation and also across
the Globe.

Prime Minister Modi utilizes every social platform to create a long-lasting impact in the
minds of millions of people.

Today is Vishwakarma Jayanti. According to Rigveda, he is considered to be the architect
of this universe. “Narendra Modi Can Also Be Considered as The Architect of Modern
India.” The marvelous economic progress India has made within these years proves that
Narendra Modi is the best organizer.

“We are proud to have him as the Prime Minister of the largest democracy in the world.”