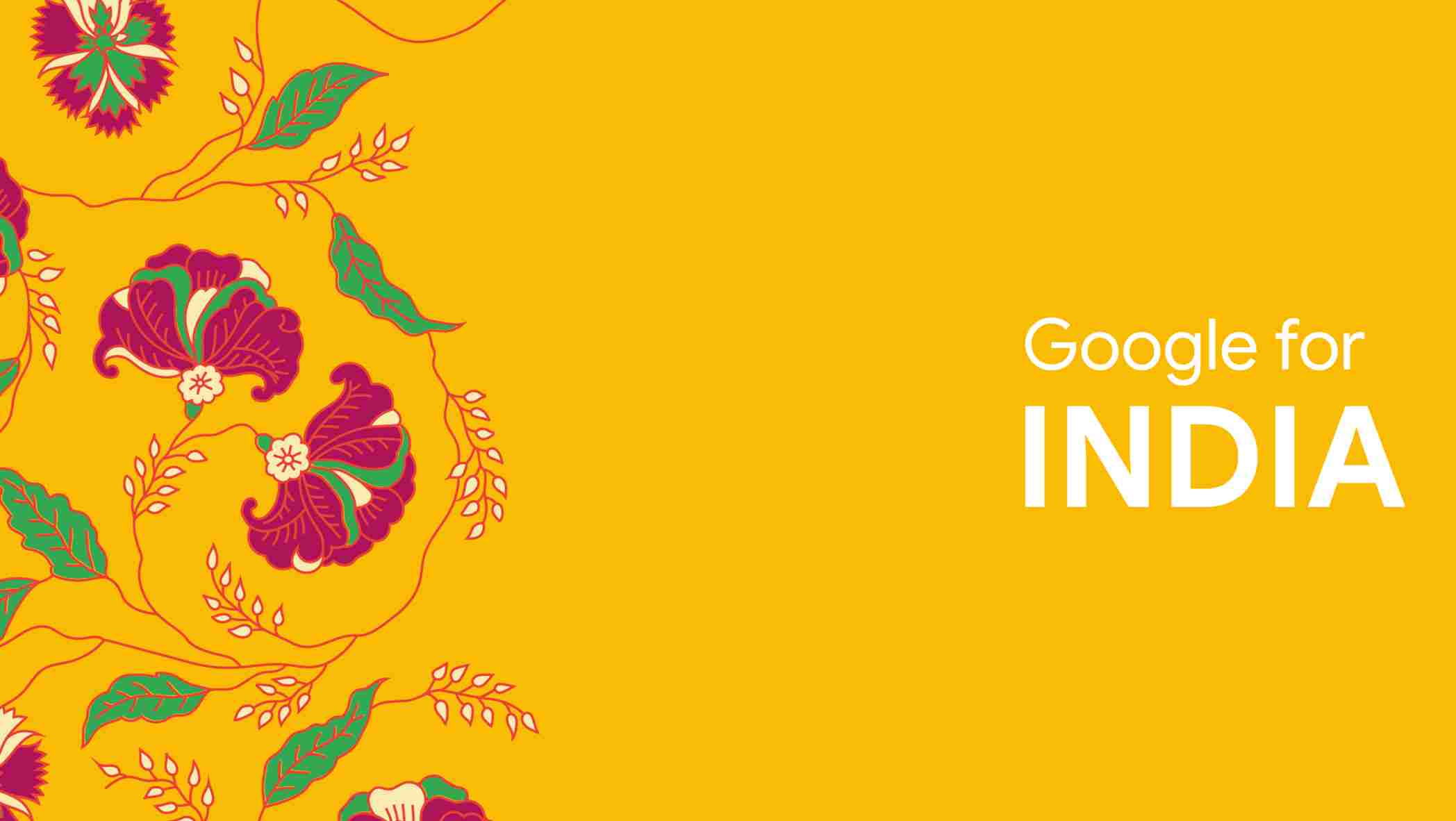 Our country, India, has now become one of the leading countries when it comes to technology, and there are a variety of factors behind it.

It is believed that the first and the most important reason why India has become one of the most sought after technology focused countries globally is due to the immensely affordable internet connections that are available here in our country.

As a matter of fact, if you were unaware, India provides the cheapest rate of internet to Indian citizens as compared to all the other countries in the world.

It is important to note that the second reason why India has become one of the leading countries in terms of technology is the availability of incredibly affordable smart mobile phones that have been made available by a lot of companies for the people.

Let’s put the technology aside for a moment, the number of online transactions that have recently taken place in India has set a record.

Considering that we used to be very skeptical about transacting any sort of payment digitally, it is a hard thing for us to believe that now a lot of people in the country are the ones who mostly pay through digital channels only.

Moreover, due to the high digital revolution in India, technology is also constantly on the rise in order to meet the demands of the market and new technology based startups are also emerging with great strength.

It has been predicted that by the end of this decade, the technology sector in India will become the nation’s largest contributor to GDP.

The search giant Google has decided to take advantage of artificial intelligence in order to boost India’s digital transformation.

According to a recent blog post from Google, they have stated that they have partnered with a few technology-oriented private and public companies in order for technology to be the key factor for every major thing that we do in the future, such as health, growth, and knowledge.

This blog post is going to provide you with information about what Google is going to do in India to meet the digital needs of the Indian people through the use of technology.

With an AI model that can handle 100+ Indian languages, Google hopes to supercharge India’s digital transformation

As part of this effort, they are developing an AI model that can handle more than 100 Indian languages.

This is a major milestone, as it will give people across India access to the same digital opportunities, regardless of the language they speak.

The AI model is being designed to be able to understand and process a range of Indian languages, from the most common ones to the more obscure ones.

It will be able to learn on its own, so that it can better understand how people in India use language.

Google hopes that this model will help bridge the digital divide and provide more people with access to the same online services, regardless of where they live.

This could be a huge step forward for India’s digital transformation, and it shows how Google is committed to helping India become more connected.

The Indian Institute of Science and Google have collaborated on Project Vaani in an effort to achieve long-term growth with this initiative.

What the director of the Indian Institute of Science had to say about this is “India’s language landscape is unique, with dialects and accents often changing every few hundred kilometers, and multiple languages spoken in the same district. And so we are pleased to collaborate with Google on project Vaani, an effort that is fundamental to creating inclusive AI technology that truly reflects India’s rich spread of languages and speech. Our team at IISc is already working to gather speech data, and we aim to cover all 773 districts across the country. This information is being open sourced via Bhashini, India’s national language mission, and we are excited at the possibilities and solutions that Vaani will enable.”

Google has recently announced a new partnership with the Indian government to help deliver India’s vision of Digital Agriculture.

As part of the initiative, Google will be partnering with the Telangana government to create a suite of digital tools that will help farmers increase their crop yields and better manage their land.

Google’s AI-driven technologies will provide farmers with access to real-time weather and soil data, helping them to make more informed decisions about their crops.

Additionally, Google will be working with the government to create a digital platform that will allow farmers to easily access and manage information about their crops and land, as well as connecting them with buyers and suppliers.

Through this partnership, Google hopes to help make farming more efficient and improve the lives of India’s farmers.

Since Telangana is the most primary in piloting AI-based solutions to help its approximately 6 million farmers, Google decided to collaborate with them.

Telangana’s director of emerging technology had to say about this, “AI can be a powerful tool for Governments to drive transformational impact across sectors. We want to leverage AI to boost the economic contribution of agriculture while impacting lives at scale. Our collaboration with Google will play a critical role in us enabling agriculture solutions at a field level and sharing that data with the wider ecosystem so that participants across the value chain benefit.”

Across its products, Google plans to offer a secure experience in India

Google is committed to providing a secure experience for its users in India.

Across its products, Google plans to offer a range of security features that will help protect users’ data and privacy.

This includes features such as two-factor authentication, secure email, encrypted storage, and more.

Google is also working with third-party security providers to ensure that users in India have access to the best possible protection.

By offering these features, Google hopes to give users in India the secure experience they deserve.

The team at Google believes that since India is one of the fastest growing markets when it comes to internet usage, it has never been more important than it is now for them to ensure that people feel secure and safe when using the internet in the future.

The company has now made security a core part of its overall product strategy and it is now one of its major focus areas.

Google has also collaborated with the National e-Governance Division and Ministry of Electronics and Information Technology.

The reason Google has collaborated with these two organizations is that these organizations will help Google bring Digitlocker-verified documents directly into the Files app of people’s Android phones.

Moreover, this feature will also make it possible for people to organize documents in a safe and secure manner, so that they will be able to access them easily from their mobile phones in the future.

The Chief Executive Officer and President of the National e-Governance Division had to say about this, “With easy access to authentic digital documents, DigiLocker facilitates the speedy delivery of government benefits across financial inclusion, education, health initiatives and more. The government recognizes the role of key partnerships, and Google is an important and responsible tech player in the country that continues to offer helpful products and services to millions of Indians. We expect that DigiLocker’s integration and partnership on Android will drive smoother and ubiquitous access to digitized documents in a safe and secure manner for all our users.”

In order to create responsible AI, Google has partnered with the Indian Institute of Technology Madras

In an effort to create more responsible and ethical Artificial Intelligence (AI), Google has recently announced a partnership with the Indian Institute of Technology Madras (IIT Madras).

The two organizations are collaborating to develop AI systems that are more mindful of the ethical implications of their decisions.

As part of the partnership, Google will provide IIT Madras with access to its AI tools and resources, as well as support for research projects and initiatives.

Google will also provide faculty and students with training in AI and access to its cloud tools and services.

The goal of the partnership is to create an AI that is both powerful and responsible, and one that can help make life better for everyone.

By combining Google’s resources with IIT Madras’ expertise, the two organizations hope to create groundbreaking solutions that will have a positive impact on society.

On this, the head professor of Center for Responsible AI at IIT Madras has stated, “With the rise in the development and deployment of AI systems, it is essential to establish responsible guidelines to ensure fair, ethical and safe usage of AI based solutions. There is a need to develop technology that is understandable to the end users, providing strong safety and performance guarantees, and to raise awareness of the impact of the technology on society. The Center for Responsible AI is a first of its kind initiative in India that aims to bring together technologists, sociologists, policy and legal experts from academia, industry and the government to study all aspects of this domain called Responsible AI. We thank Google for partnering with us on this initiative and for being the first collaborator of the center.”

There is no doubt that the efforts made by Google will result in a huge tremendous growth of the Indian technology sector, and more and more people are going to rely on technology even for the simplest of tasks in the future.

As a result of reading this post, it is quite likely that you have come to realize that the growth of digital marketing that is currently going on is going to grow even further to a greater extent in the coming future, and that the digital marketing industry is going to see a hyper boom of a whole new level with this increase in growth.

You can learn everything about digital marketing from scratch to the advanced level by joining DIDM. To join, call +91 8800505151.